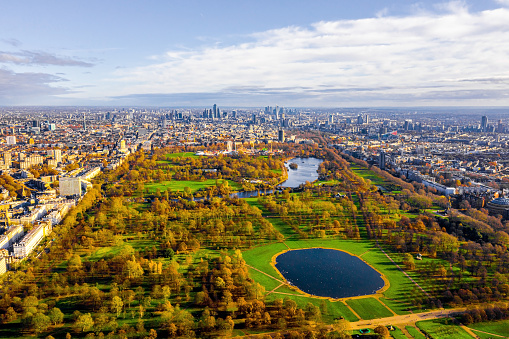 North London vs South London, where to live and why?

The North London vs South London debate has been around for decades, with Londoners both north and south of the River Thames claiming for generations that their portion of the capital is the most desirable, offering better entertainment, cuisine and residential appeal.

So which area really is more desirable to live in? Below we look at some of the most important factors and try to answer some of the questions along the way.

With London being one of the very few unique mega-cities in the world still offering an abundance of green spaces with the metropolis, the south of London actually offers more green space than the north, with the south having 34% parkland in comparison to north’s 29%, despite having a larger surface area.

The north comprises of 20 boroughs (of the total 32), including the City of London, whereas the south holds the remaining 12.

With Central London extending further geographically in the north than in the south, those looking for a truly urban environment – particularly young professionals angling for a city lifestyle – will no doubt opt to live in North London, with the more suburban south attracting families and established professionals looking for more tranquil surroundings.

Which is more connected?

This one is quite straight forward. North London is significantly more connected in terms of underground rail network (tube), with around 12 tube stations per borough on average, compared to the meagre 3 stations per borough on average in the south. That being said, the south has a bigger network of railway stations and there are plans underway to develop South London’s transport network further, including both underground and overground extensions.

With the welcome addition of the night tube, North London once again offers more options if compared to the South, making the region particularly popular with the student/young crowd.

Which is more affordable?

Typically, North London is more expensive than the south, largely because it incorporates more of Central London and continues to offer better transport links and time saving for travelling to the centre. That being said, the higher price also offers a better quality of housing, with properties in the north, especially houses, having larger rooms overall when compared to the south (some exceptions apply)

What North London has to offer?

From the City of London to the West End, and Hampstead to Camden Town, North London is teeming with London’s most cherished sights and attractions. You’ve got the Palace of Westminster, Buckingham Palace, St Paul’s Cathedral and the Tower of London - the list goes on. For a fast-paced lifestyle with high-risers around every corner, North London will not disappoint.

Also, as mentioned previously in this article, the transport links serving North London make it much more attractive to certain groups of people, especially students.

North London also hosts a vast array of cultures and delicious cuisines, but to be fair, food in London is top drawer, doesn’t matter if you’re in the north or the south.

Outside of the central part of North London, there are many other attractive locations such as Hamsptead Heath, Alexandra Palace, Camden Market, the Emirates (Arsenal) and Tottenham Hotspur Stadiums and Highgate Cemetery to name a few.

What South London has to Offer?

Whilst some might say the fun stops once you cross the river, South Londoners would beg to differ. The south has its own fleet of attractions and entertainment destinations to wet the palette of even the most adventurous Londoner. Explore the South Bank - London’s go-to spot for art fans - and London’s foodie favourite, Borough Market, and not forgetting the elite business district, London Bridge. North London may have The Gherkin and The Cheesegrater, but South London is home to the tallest building in the UK - The Shard.

Outside of the central areas of the city, some famous parts to check out in South London include Greenwich, Lambeth Palace, Eltham Palace, Wimbledon and Kew Gardens to name a few.

Where to live and why?

Well that really depends on what your needs and wants are. Based on our experience, we have seen a general trend of younger people, mostly students and young professionals preferring to live in North London, again due to its excellent transportation links including to the centre and all major universities, wide choice of accommodation types (both private and services), countless restaurant options and excellent outdoor spaces. However there has been an increase in younger people moving to the South to find cheaper alternatives, the overall cost of living turns out to be fairly similar (as transport cost in the south is more due to trains rather than underground).

With a small bit of bias regarding North London (primarily as we have been operating there for over 40 years), we believe it is an excellent choice for the younger population, providing stable housing, transport and entertainment.