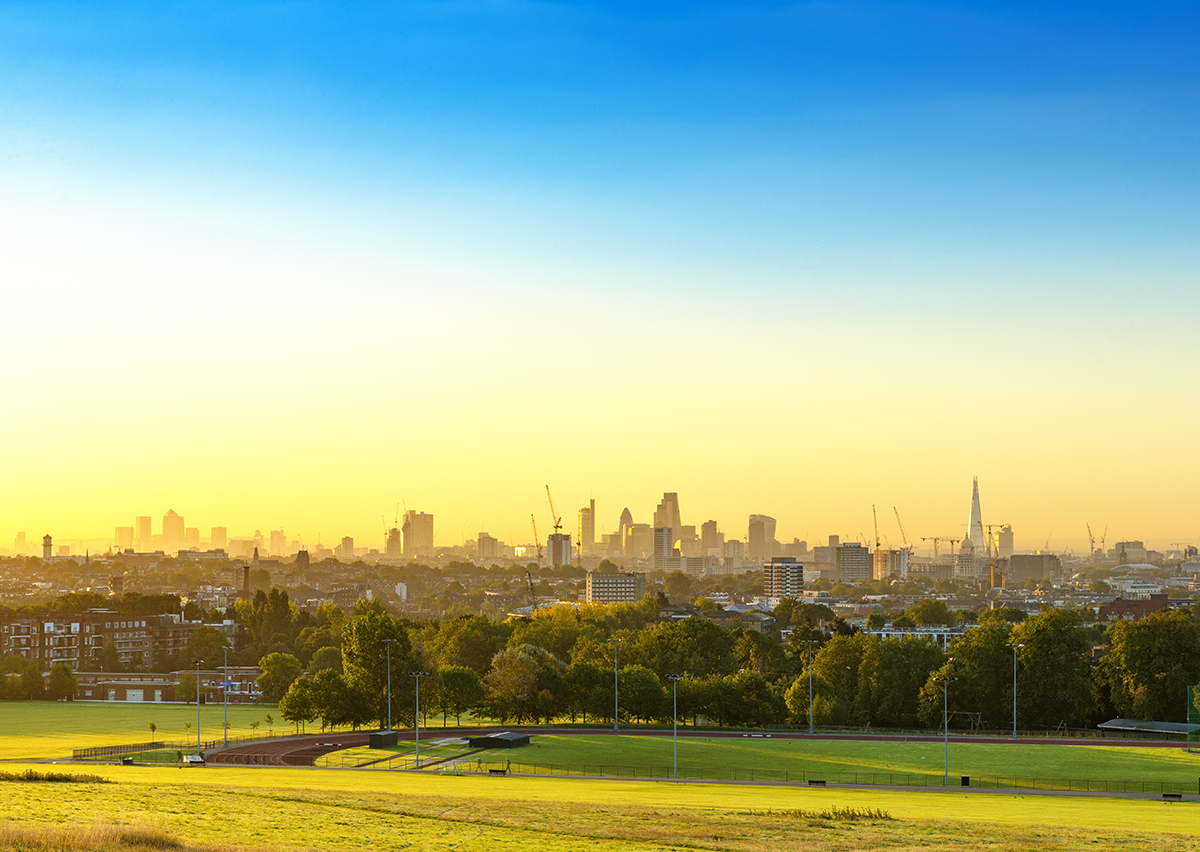 We all know how capricious the weather in London can be, but as soon as it seems to show signs of warming up, all Londoners are taking advantage and looking for more and more opportunities and activities to spend their free time outdoors.

The activities can be varied, and with a little ingenuity, you can spend quality time with your loved ones, and with little money, while enjoying nature. If you're not inspired, here are some suggestions for green spaces in North London that could help you disconnect from your daily routine.

Finsbury Park is a public park in the London neighbourhood of Haringey. You can find it on Endymion Road, covering about 46 hectares.

The park is a mixture of open ground, formal gardens and a botanical collection of trees. Some of the facilities include basketball courts, an outdoor gym, a skate park, various playgrounds, picnic areas and even a boating lake.

There is room for everyone, no matter the age and if you fancy a late walk, well, the park is not locked at night, although we would recommend anyone using the park at night to be vigilant, as the park is not very well lit during the dark hours.

• The following transport lines have routes that pass near Finsbury Park

Alexandra Park has been offering people an escape from the busy city since 1863, having millions of visitors per year.

Being the home of 694 different types of plants animals and fungi, Alexandra Palace is the best place for those who love diversity and exploration.

The Great Hall and West Hall are typically used for exhibitions, music concerts and conferences. The connected park is very family friendly, having a children’s play area, boating lake, skate park, a garden centre and every Sunday from 10 am to 3 pm you can purchase the freshest produces and a great selection of local crafts and hot food from the Farmer’s Market.

• Wood Green is the nearest underground station on the Piccadilly Line. (journey time is 20 minutes from Piccadilly Circus). Exit Wood Green Station and go to bus stop A to pick up the W3 bus up the hill to Alexandra Palace.

Highgate Woods is literally a forest in the middle of the city being a great place for all nature lovers. It has 70 acres of ancient woodland very close to the tube station and with easy access to several buses. It is a peaceful oasis with playgrounds for young and older children, a café, a football and cricket pitch as well as plenty of paths for walking and burning calories.

• The following transport lines have routes that pass near Highgate Wood

Golders Hill Park is a beautiful landscaped park with plenty to see and do all year round for all all members of a family. In the park you can find a Zoo, café, tennis courts, a children’s’ playground and even an all-weather table tennis table. A butterfly house is open at certain times in the summer and a restaurant stands at the top of the park, near the site of the original house. With a flower garden as well as a pond, it is hard not to fall in love with Golders Hill Park.

Being one of London’s Royal Parks, Regent’s Park is named after Prince Regent who later became King George IV (1762-1830).

Covering about 395 acres, the park combines large open spaces, formal gardens, pathways and four children’s playgrounds. When in season, Queen Mary’s Gardens offer you a spectacle of 12,000 roses and you can even hire a boat and join the ducks on the boating lake. Several sporting facilities are available in the park including cycling, tennis, cricket and running.

Of course, North London has plenty of more green spaces to offer, all you need is an adventurous spirit, some spare time and a motivation to discover all what London has to offer.

• The following transport lines have routes that pass near Regent's Park

Located just four miles from Trafalgar Square, Hampstead Heath is one of London's most appreciated green spaces. Hampstead Heath is a wild park of woodland and meadows, tucked inside north London’s Zone Two. It sprawls over 800 acres and boasts some of the most spectacular views in the city. The heath is rambling and hilly, embracing ponds, and ancient woodlands, a lido, playgrounds, and a training track, and it adjoins the former stately home of Kenwood House and its estate. The south-east part of the heath is Parliament Hill, from which the view over London is protected by law.

Hampstead Heath has over 25 ponds; most of these are in two distinct areas: the Highgate Ponds and the Hampstead Ponds.

The park was an inspiration for John Atkinson Grimshaw (Victorian-era painter) Karl, Marx, Wilkie Collins' (The Woman in White) and even Bram Stoker (Dracula).

• Public transport near the heath includes London Overground railway stations Hampstead Heath and Gospel Oak and London Underground stations at Hampstead and Belsize Park to the south, Golders Green to the north-west, and Highgate and Archway to the east.