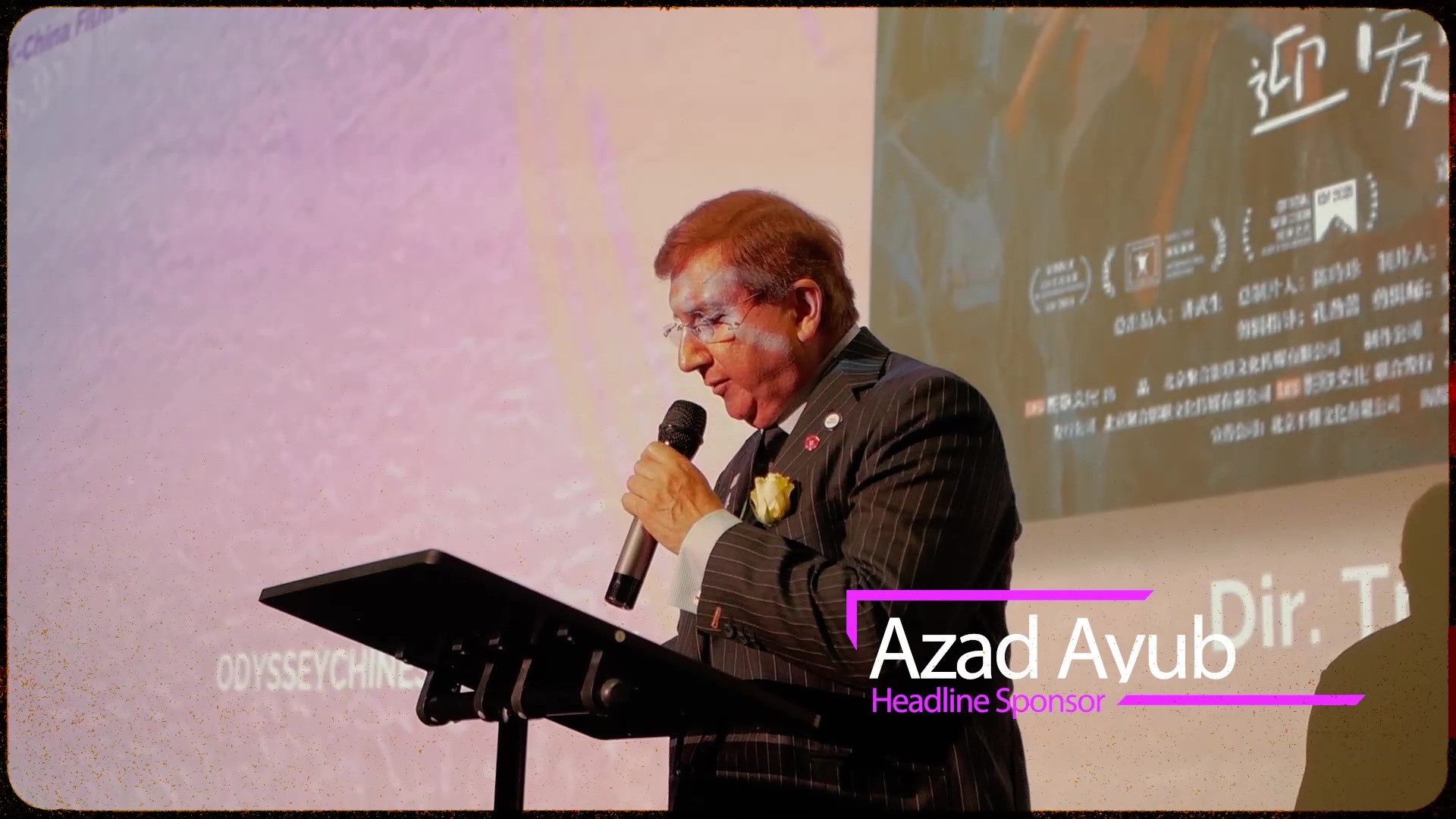 Mr Azad Ayub’s company was the Headline Sponsor for Odyssey: a Chinese cinema season (10 May - 10 June) this year. Over 60 films, 10 discussion panels and many exclusive Q&As, ‘Odyssey’ is the biggest festival in Europe dedicated to films about Chinese culture in 2022.

Presented by UK-China Film Collab (UCFC) and organised by a group of young talents, it hosted its Opening Film Screening and Reception at the Fulham Road Picturehouse in London as well as the Cameo Picturehouse in Edinburgh on 10 May.

The curation of Odyssey this year revolves around diverse themes and genres. The screenings range from short films and features to new moving images by contemporary Chinese artists. Here are some highlights, short film programmes like 'Shanghai Animation Film Studio Retro' attempt to break the boundaries between narrative and aesthetics and reimagine cinematography and visual art dimensions. In the feature film section, topics like 'Women Through Lens' and 'Chinese Regional Cinema' showcase the dynamics of Chinese society, culture, and aesthetics.

Each year, the festival will recruit a new team of festival committee via UCFC’s Future Talent Programme. This year, the committee comprises a group of ambitious young people from different universities and disciplines. Here is the organising committee of Odyssey in 2022:

Jiakai has been appointed as the Head of Odyssey: a Chinese cinema season this year. He also serves as the Research Specialist for Chinese Regional Cinema at UK-China Film Collab. Jiakai is currently a postgraduate student in Film Studies at the University College London. His recent work has been published by Senses of Cinema, a prestigious online film journal.

Sherlly is an independent curator, an international film distributor, founder of Unicorn Screening, selected to UCFC’s Future Talent Programme 2021-2022 and responsible for the film curation of Odyssey this year. She is currently studying MSc in Film, Exhibition and Curation at the University of Edinburgh, with a focus on female representation and cross-cultural encounters.

Zhilin serves as the Lead of Operations at Odyssey. She is currently pursuing her master’s degree in Creative Enterprise Film at the University of Reading. Prior to joining UCFC, she worked at multiple TV studios, and was responsible for planning and executing programmes. Her preferred genre of film is realism.

Liao is a PhD researcher in Film Studies at the University of Nottingham, specialising in Chinese girlhood cinema and (post)feminist theory. In addition to her role as the Lead of Public Relations at Odyssey, she also serves as the Lead Women’s Film Programme Curator at UK-China Film Collab, Training Officer at the MeCCSA PGN and Editor for Stanford Social Innovation Review, China.

Shanshan holds a B.A. and M.A. in both Film Studies and Filmmaking from the University of Sydney. She has worked for independent film agencies as a writer, director, and producer for commercials, promos, and short films. Her personal works include experimental film and video installations, which have been shown in group exhibitions, including “Decinema”, “Time Lost”, “Empty”.

Yun Luo is the Lead Designer for Odyssey this year. He is currently studying Global Arts Management BA at De Montfort University. He studied design for many years in China and has expertise in both graphic and environmental design. Yun has also worked for a leading design institution in China and has many award-winning works to his credit.

This year, the festival has also received volunteer applications from 30 universities around the world. After a series of intensive selection and interviews, the festival selected a total of 37 outstanding volunteers. They are all passionate about Chinese films and cross-cultural communication and are willing to contribute to the promotion of Chinese films in the UK. The volunteer scheme is what the festival is very keen to support every year, and you can read the full list of names here: https://www.ukchinafilm.com/odyssey-volunteer-announcement/

About philanthropy, Mr Azad Ayub, Founder and CEO of Azad Ayub Ltd says, ““Since the successful establishment of the business we have significantly increased our involvement with charitable work, focusing primarily on access to education for all and the alleviation of poverty. We also believe very strongly about sustainability issues and participate actively in highlighting such issues on a wider scale with a view to finding solutions in order to preserve the invaluable resources of our world”.

Founded by Dr Hiu Man Chan in 2020, UK-China Film Collab (UCFC) is one of many non-profit organisations kindly supported by Mr Azad Ayub. The organisation is a rising NGO with founding missions to formulate collaborations and cutting-edge debates between the UK and Greater China.

Odyssey: a Chinese cinema season is part of the organisation’s talent development enterprise.